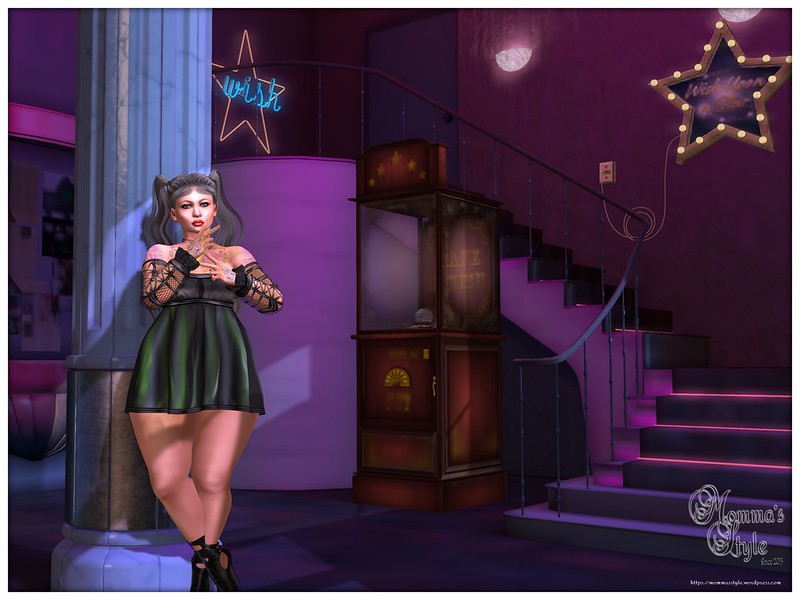 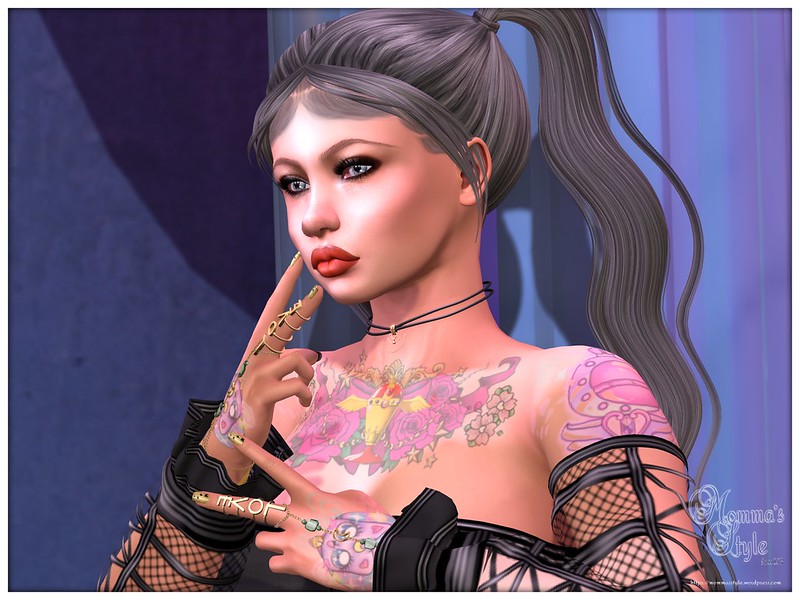 Hey folks!  I have a few  great things to show you today.  Alaskametro is at the Skin Fair with a  gorgeous new skin exclusively for the Catwa head.  I’m wearing Tone 3 on the Catwa Lona head.  It fits beautifully.  I am also wearing the new make up palette from Alaskametro, also at Skin Fair.  I love the colors and , the depth of the tones.  I’m showing the Dark Passions Nail Appliers for 4Mesh again.  I just love the butterflies!   I have from Michan some very natural looking eyelashes.  They come on a hud with a few choices.  Also from Michan, I am wearing a cute lil choker.  It is easily sizable by stretching.  My dress is from Witch(O)Craft, it comes in three colors, red, blue and green and comes with the black shoes!  It can be found at the Bargain on the Bayou event!  MoOH! has made a gacha collection for the current round of TWE12VE, I am showing you a few pieces of that collection.  The entire set is amazing!  My favorite piece is the wishing booth!  It has an sit animation in it where you can be the fortune teller!  I hope you like this look I’ve put together and get out there and support these amazingly talented designers of Second Life!!  Until next time… 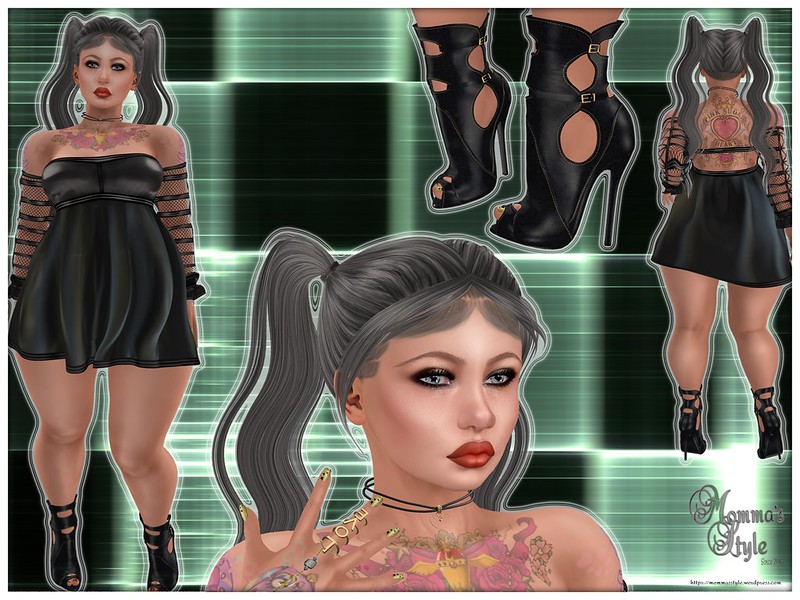 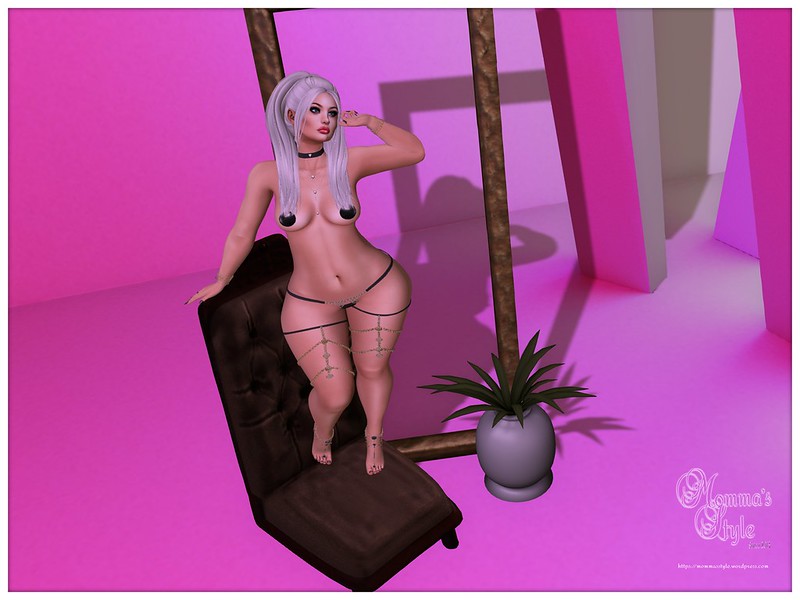 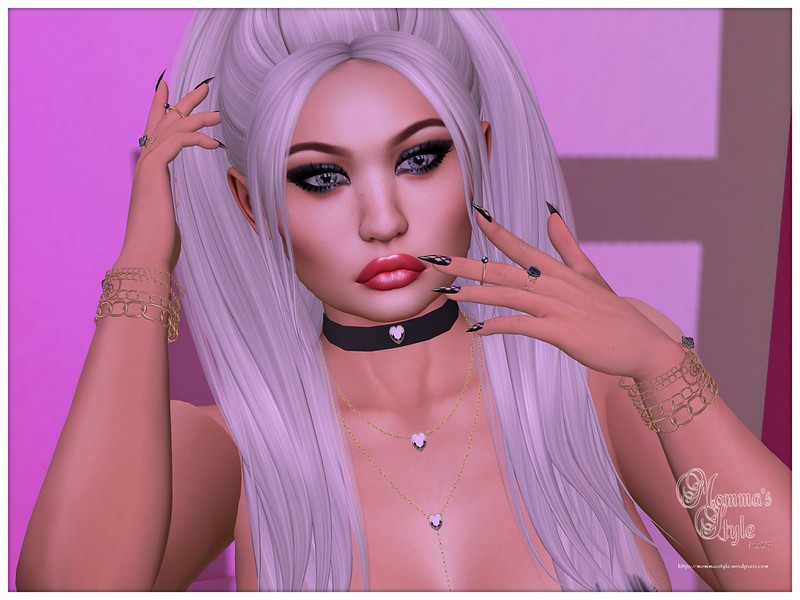 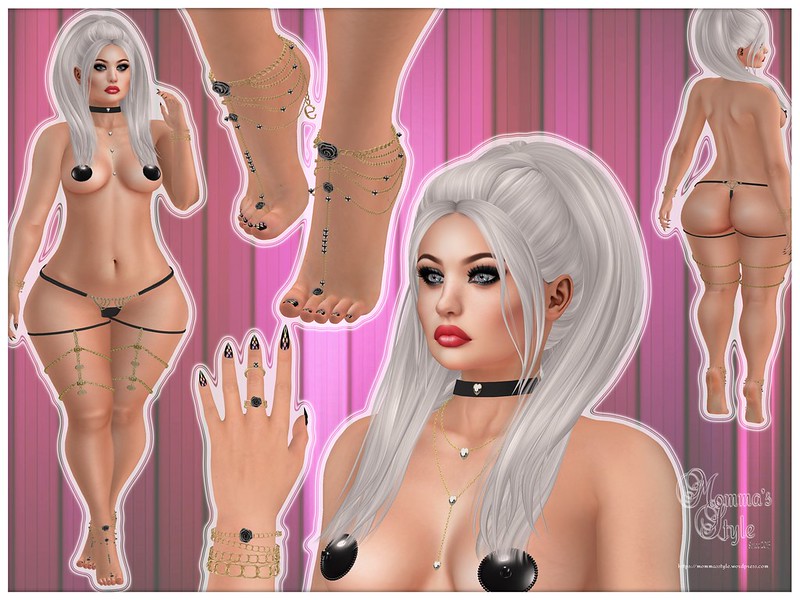 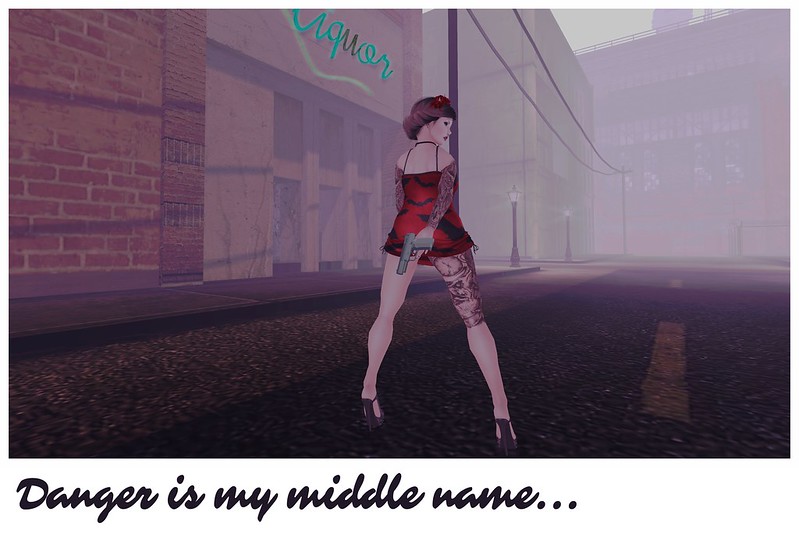 Danger is my middle name…

Hey folks!  It’s me again!  I am loving all the things available across the grid right now!  Get out there and check out all the events and new designers on the scene!!  I hope you like this post!!!  Until next time… 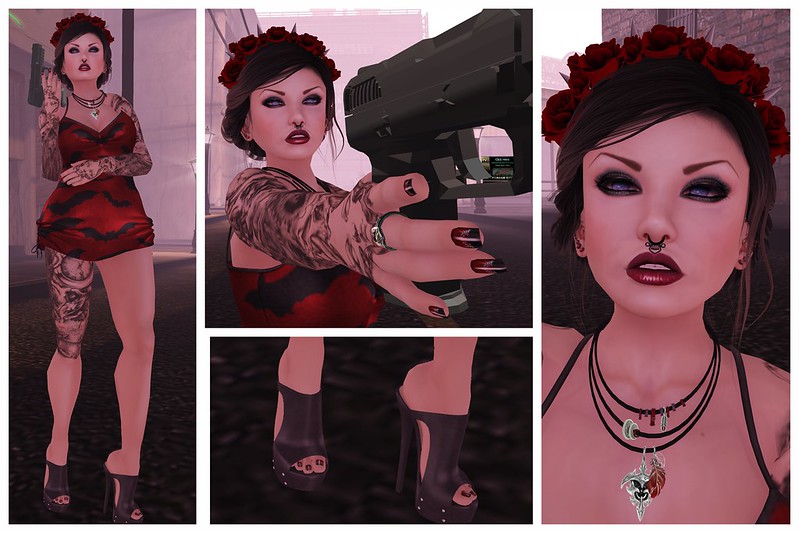